“A place of well-being” is how the protagonist describes her new bathroom in this commercial. She is an enthusiastic customer of our customer MiniBagno. “My bath is a feel-good place for me”. Being able to take a shower without help in her age is more than a quality of life: this is human dignity. And she is not afraid to talk about it.

The design, which the senior has chosen for her barrier-free bathroom, is modern: The shower enclosure is a frameless glass pane with lotus effect, floor and bathroom furniture are colour matched, anthracite. “Anyone who sees this says it’s fabulous,” sais the elderly woman – and her eyes sparkle.

We can tell stories behind products and services with actors. Even better, as in this commercial, we work with real people: customers or employees of our customers. You have enthusiastic customers, too. Have you ever asked them if they would appear in your next commercial? Especially in B2B interesting synergies arise …

We shot this film in half a day, additional settings come from another production for the same customer. Edited in two days. The film and parts of it are distributed on the company’s website and on social media channels.

… is a fundamental, if not the most important principle for a sustainable online marketing. With more online video becoming available people are more selective about what they watch. It is fundamental that people know why they should invest their time in watching whatever you provide. My suggestion is to produce very short empowering messages that people like to share with their friends.

And as these ultra-short videos use extremely little data volume they can even be shared on WhatsApp. Have fun with this 9-second teaser for the empowerment trainer Rosemarie Seibel: “We work for life to be beautiful”. 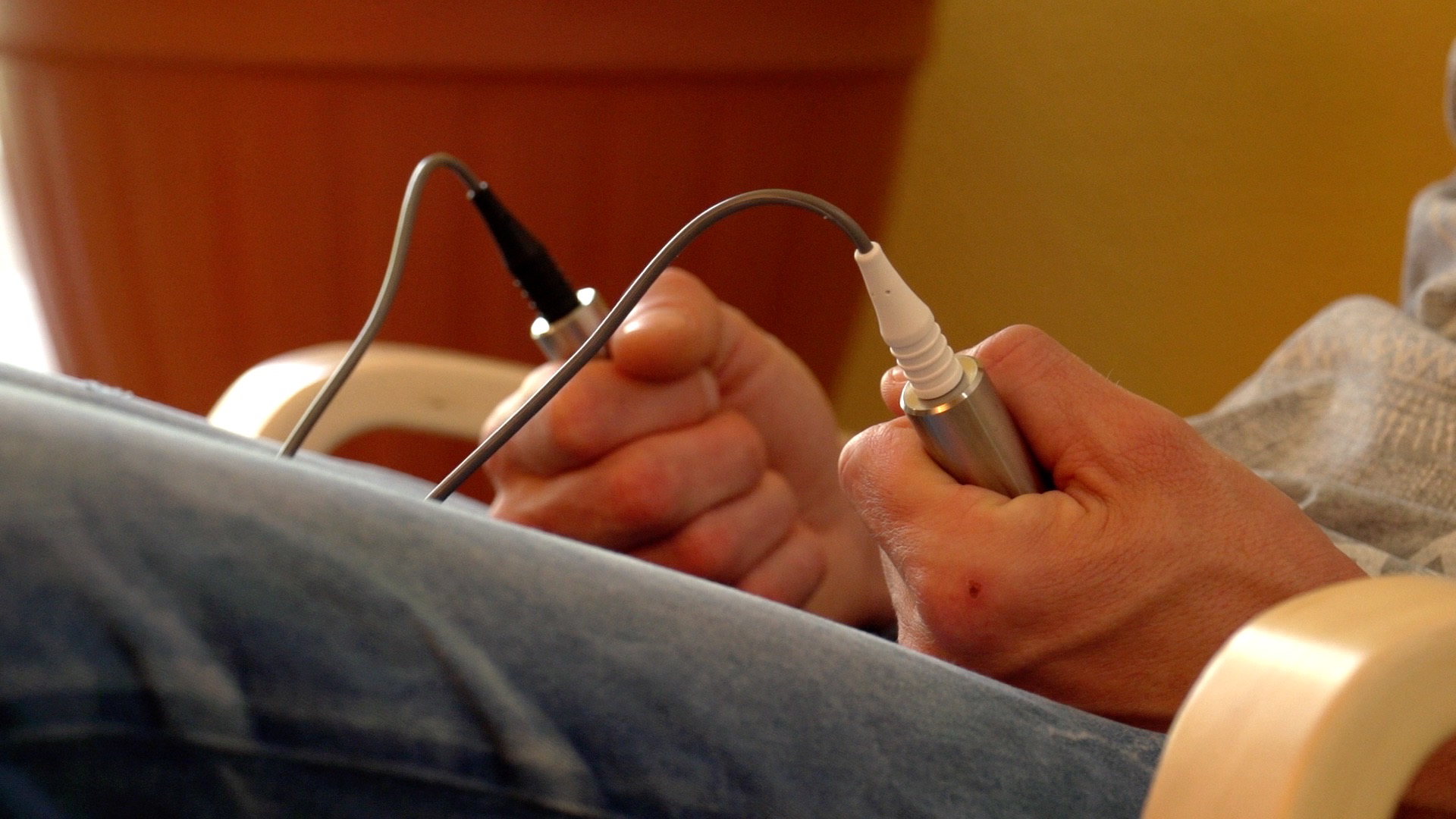 The cell membrane voltage is the key to healthy body cells, says Marcus Schmieke, inventor of the TimeWaver information medicine systems. A declining voltage of the cell membrane can result in ageing cells, inflammations and Tumor cells. In order to find the right frequencies the TimeWaver Home is assisted by the Information field, a concept that relates to research by C.G. Jung and Rupert Sheldrake. The frequencies used in this device are based on a concept by the portuguese researcher Nuno Nina. 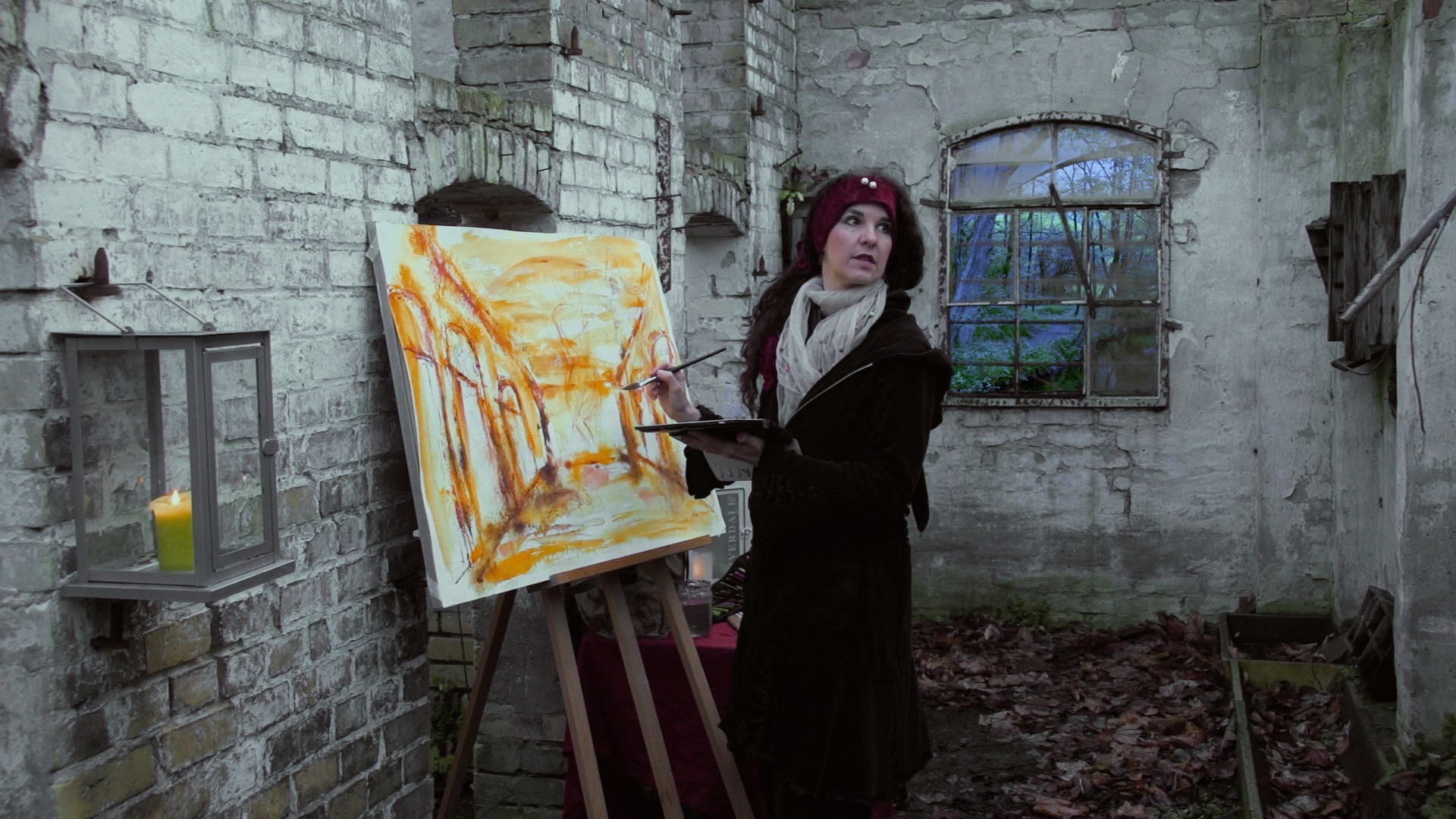 [vimeo id=”149020252″ align=”left” mode=”lazyload” autoplay=”yes” maxwidth=”300″]There are two German words for reality. They couldn’t be more different. The word Realität (noun) or real (adjective) goes back to the Latin word res which means thing. So the concept of reality is seeing the world around us as an arrangement of things, including plants, animals and humans. The German word Wirklichkeit is related to the English word work. The concept of Wirklichkeit sees the world a structure of entities working together. This includes non-material entities.

The film shows the artist Ute Spingler in two worlds: The opening scene is about her exhibition, the real world if you will. Then she pulls the plug and finds herself in the dreamlike world of her makeshift studio where she conceives ideas for a new painting. In the final scene she bridges the gap by writing the words: “and silence dances tango with the fire of ecstasy” into her picture. Two opposites re-connected. Dreaming, painting and selling pictures go well together. Or in Ute’s words: “The creation of a picture is only complete when the picture is received by other people, when art lovers buy it.”

The film is based on a poem Ute wrote and she reads it in the film: 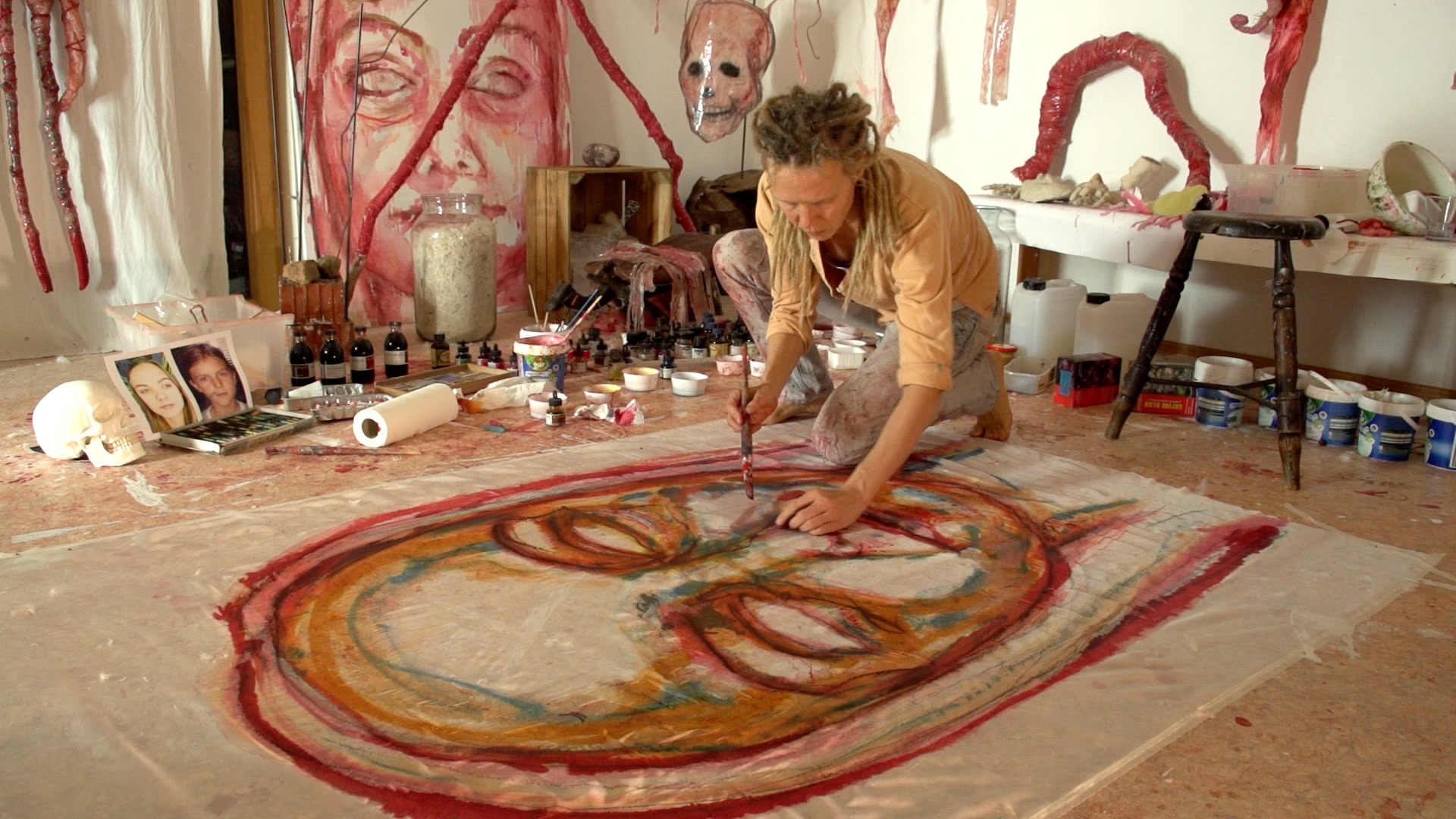 [vimeo id=”145291924″ align=”left” mode=”lazyload” autoplay=”yes” maxwidth=”300″]”It’s the body that I am interested in, the body which is vulnerable.” At first sight, people often see blood and death in Corry’s works. But people who take time to look closer see more. One thing that is peculiar is that the sculptures don’t have heads whereas the images are just heads. Another aspect Corry mentions is the eyes. “When we look at each other we exchange something that is beyond our personality, or just beyond.” A face without eyes is a mask. Our egos create masks, that’s why some of the faces on her pictures don’t have eyes.

I filmed the making of one of Corry’s pictures, a large face, turquoise after a long period of painting red. The eyes of the turquoise face seem to be turned inward. 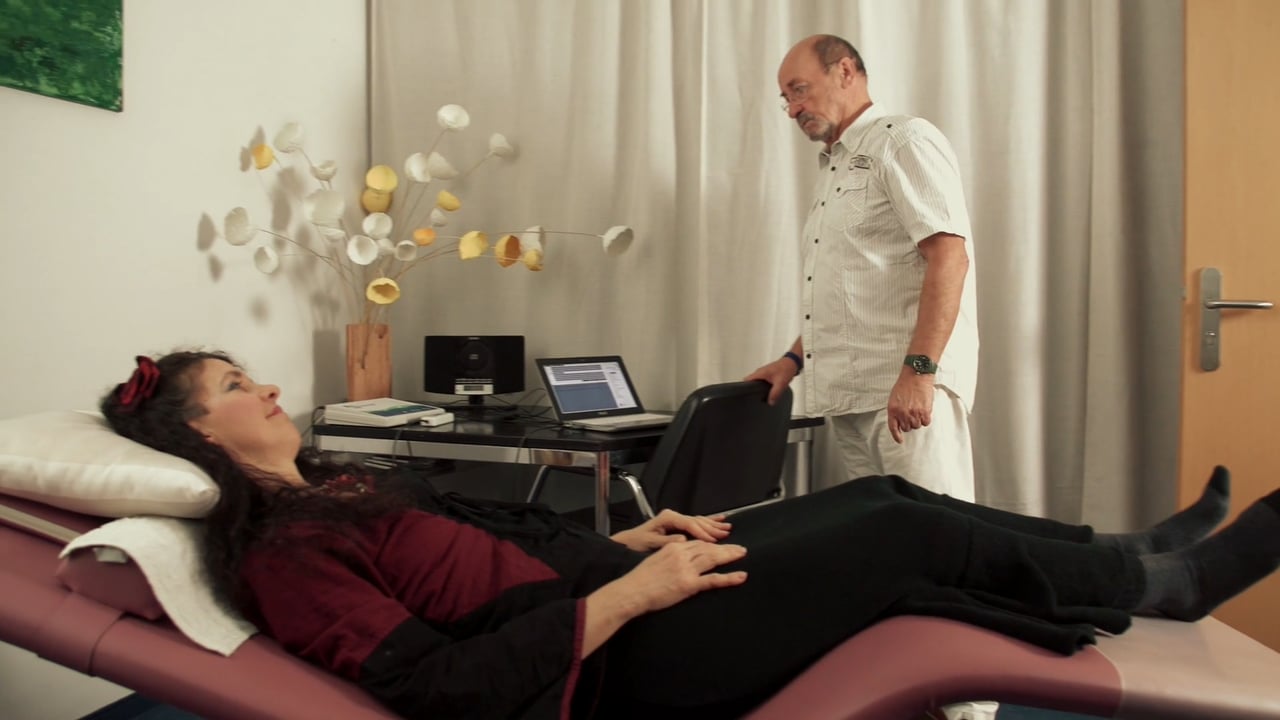 [vimeo id=”144967143″ align=”left” mode=”lazyload” autoplay=”yes” maxwidth=”300″]… is a shot 58 seconds long with no cuts and no camera movement. The term goes back to the Lumière brothers, pioneers of moving images. Their device, the Cinematograph, was confined to a stand, so there was no camera movement and the length of the shots was provided by the length of the film used back then.

As a tribute to these pioneers of cinema I made this clip black and white and added some film grain.

[vimeo id=”142758137″ align=”left” mode=”lazyload” autoplay=”yes” maxwidth=”300″]Written by the Prague-based British actor, director and writer Brendan Douglas, this deep drama is centred around George, a psychiatrist wrongly accused of malpractice, who visits a patient in a mental home to assess his condition and possible release only to find out all is not what it seems; a mysterious set of events questions who is saving whom. 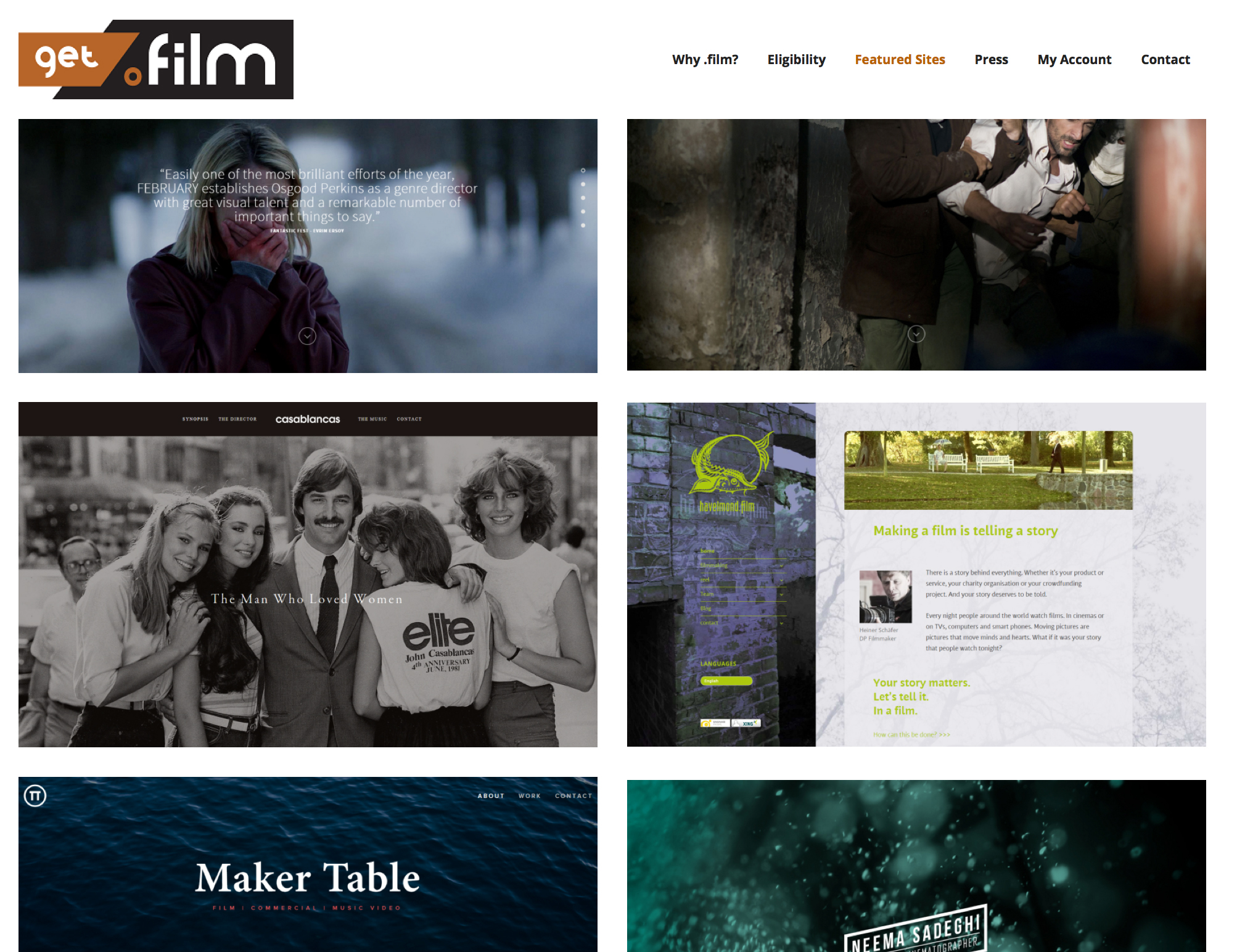 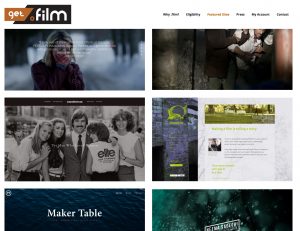 get.film is the vendor of .film domains and belongs to the Melbourne-based Motion Picture Domain Registry Pty Ltd. The company has listed our site under featured sites today. A big thank you from the outskirts of Berlin to Melbourne!

Ulrike Dangendorf, a gifted musician and a good friend, left us for other worlds without pain and disease.

[vimeo id=”139017396″ align=”left” mode=”lazyload” autoplay=”yes” maxwidth=”300″]Dear Ulrike, we wish you a pleasant journey and recovery from the recent hardships.  We are grateful we could contribute to your work and our friendship. The time with you was short and rich in creative work. You will always have a place in our hearts.